–Rihanna’s Diamonds tour continues to hit roadblocks. After showing up three hours late to her show in Puerto Rico on Tuesday, she’s postponed her home town stop in Barbados indefinitely.

-She still had plenty of time to get a really ugly tattoo and post bikini pics, though.

–This photo is supposed to prove that Kristen Stewart and Robert Pattinson met up yesterday. Um, ok?

–Miley Cyrus dressed up as 1999 VMAs-era Lil Kim, which is probably the tamest costume we could have hoped for.

-In other celebrity costume news, Shenae Grimes dressed as Poison Ivy, Ellen went as Nicki Minaj (the boobs were hilarious), and Joan Rivers was Miley Cyrus.

-I spent a lot of time this morning watching TV behind my pillow because I was so embarrassed for morning show hosts. Matt Lauer dressed up as Baywatch-era Pamela Anderson, while the hosts of Good Morning America each tried out a variety of mortifying costumes. (You could actually see George Stephanopoulos‘ soul dying when he was hanging by wires for that Gravity bit.) Michael Strahan and Kelly Ripa fared a bit better as Miley Cyrus and Robin Thicke.

–Johnny Depp and Amber Heard are set to reunite onscreen in London Fields.

-I know we’re supposed to be focusing on her makeup, but Gwyneth Paltrow‘s body looks sick in her new Max Factor campaign.

-Say it ain’t so! CBS is eyeing a How I Met Your Mother spinoff called How I Met Your Father. This is almost as bad as the news that the CW is developing a show based on Fred Durst’s life.

–Drake’s Yorkville condo just sold for $3.75 million. Who else is coveting that Canada-shaped book shelf?

-The tabloids are really running with this ‘Will and Jada separate‘ story, but let’s all take a deep breath and wait until it’s sourced somewhere other than Radar, mmm-kay?

–Justin Bieber gave some kid in Guatemala the shoes off his own feet, so I guess we all should cut him some slack. I’m not even going to mock his graffiti art!

–Kim Kardashian appeared on The Tonight Show with Jay Leno to promote…what exactly? Her sexy selfies?

-I kind of love Pamela Anderson‘s new pixie cut. What?!

–Eva Longoria‘s ex Tony Parker is going to be a dad.

-Aerosmith’s Steven Tyler was spotted at an Olive Garden, which is all kinds of funny.

-In honor of his twenty years on TV, Conan O’Brien is uploading classic videos, including this 1997 sketch featuring Will Ferrell and Amy Poehler.

-The trailer for 12-12-12, which follows the Hurricane Sandy relief concert, has been released. 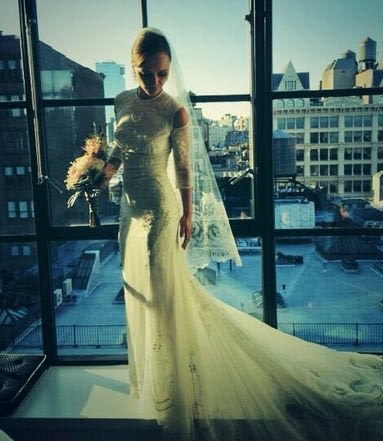 –Miley Cyrus looks great in the December issue of Cosmo. But maybe I’m just thrilled that she’s not sticking her tongue out.

–Miley and Lindsay Lohan are partying together? Oh, this should end well.

-I don’t know how I missed this video of Katy Perry and Robert Pattinson singing Boyz II Men together at karaoke, but it’s amazing. They’re both clearly drunk, but he still sounds way better than she does.

–Justin Timberlake‘s new video for “TKO“ is over 7 minutes long and boring as hell, but it does star Riley Keough (Elvis’s granddaughter and Robert Pattinson’s rumoured hookup).

–Blake Lively just signed on to be the new face of L’Oreal.

–Nigella Lawson is reportedly taking a page from Gwyneth Paltrow (and maybe Kristen Stewart?) by refusing to co-operate with Vanity Fair as they probe the real reason behind her split from Charles Saatchi. Meanwhile, his camp seems to be putting out a lame story that he was choking her because he was trying to look up her nose to check for cocaine. Um, sure.

-This is disturbing: Camille Grammer just got a restraining order against her boyfriend, who she accuses of beating her up.

-Five of the original wave of MuchMusic VJs were photographed hanging out together on the weekend.

-Want to watch a Vine taken last night of Donald Glover smoking weed in a Toronto park? Of course you do.

–Nicole Kidman is talking about her marriage to Tom Cruise, calling it “deeply romantic” and saying the only people who could understand it are Brangelina.

–Lisa Kudrow had a nose job when she was a teenager, and is pretty damn happy with the results.

-Some people on Chris Brown‘s team are now saying that he needs intensive therapy. Gee, ya think?

-Meanwhile, Kanye says he wants to be a soccer dad (assuming the soccer ball is made of pure gold and stamped with a Louis Vuitton label).

–Kristen Bell tweeted about this video this morning and I love it.

-I really liked George Stroumboulopoulos‘ interview with Helen Fielding, who explains her decision to kill off Mark Darcy.

-Some woman in Panama is trying to claim that Justin Bieber paid her for sex.

–Kelly Osbourne is offering an olive branch to Lady Gaga to end their Twitter feud…kinda.

-Is it weird that Avril Lavigne and Chad Kroeger are kind of starting to look alike?

-Expect to see more Andrew Rannells in Girls – which is a good thing.

–Eminem and Rihanna have teamed up for a new song called “The Monster.” Me likey!

-It looks like Leonardo DiCaprio‘s Wolf of Wall Street will stay in the Oscar race after all. It just nabbed a Christmas release date.

–Khloe Kardashian and Lamar Odom are having “secret meetings” to save their marriage.  (Well, not so secret anymore.)

–Karl Lagerfeld always says dumb crap about fat people, but this time it’s come back to bite him in the ass.

-I’m not a fan of Diane Kruger‘s dress, but Joshua Jackson is lookin’ FINE in this photo.

–Sly Stallone is as good at painting as he is at acting.

–Tori Spelling might be the latest Hollywood star to join the sex tape club.

-This video of how World War Z should have ended is perfection.

-The X Men: Days of Future Past trailer is a bit jumbled and has a really generic Hans Zimmerman score (seriously, I’m pretty sure they just recycled the Inception one), but there’s hints of goodness in there. I’ll sign up for anything that features James McAvoy in full tortured soul mode.