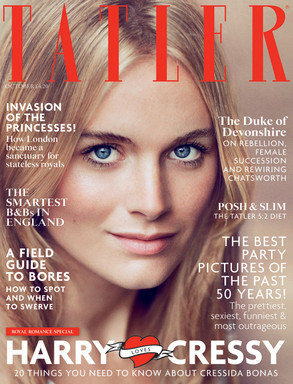 -In other royal news, critics aren’t exactly being bowled over by Naomi Watts‘ portrayal of Diana.

–Angelina Jolie is getting an Oscar!

-This is going to dominate a lot of TIFF party conversation: NIkki Finke is indeed trying to take back Deadline from Jay Penske.

-Even though both were rumoured to be skipping it, Brad Pitt is coming to TIFF after all, and George Clooney reportedly checked into the Ritz.  Huzzah!

–Robert Pattinson just lined up his next movie: a film about James Dean. Sparkles not required.

–Lamar Odom has left rehab after only one day. Khloe reportedly has no idea where he is.

-Sad news: Jack Osbourne and his wife just announced that they experienced a late-term miscarriage.

-I’m not sure about the styling on Jennifer Lawrence‘s new Dior ads. She looks a little alien-y.

-The Hanson Brothers will not take any lip from “drunk bitches” at their concerts, mmm-kay?

–Sarah Polley is fighting her fear of the press to rally support for the Canadians jailed in Egypt.

–Mel Gibson flipped out on a cop again because he’s Mel Gibson and that’s what he does.

–Miley Cyrus doesn’t seem to mind. She back to back-arching to pimp out her new album.

-I love and adore Joel Kinnaman (which is why I watched The Killing wayyyy longer than I should have). But I’m not sure if I can support a new RoboCop, even with him, Jay Baruchel and Gary Oldman.