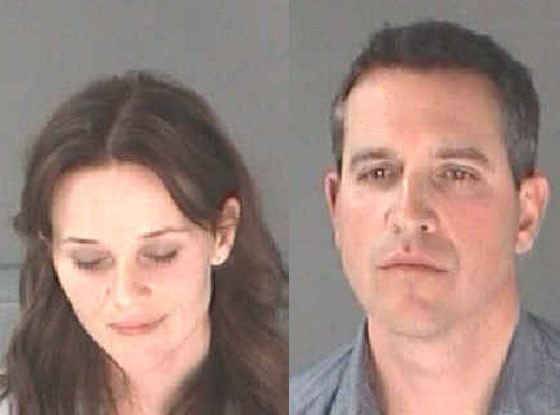 -Out of all the Reese Witherspoon arrest videos out there, the best one is the conversation between her and her incredibly reasonable-sounding husband in the back of the cop car. “You just turned it really bad,” he tells her. (The “Molly Smith” she references is a producer.)

-Meanwhile, Reese‘s husband Jim Toth made a plea bargain that saw most of his DUI charges dropped.

–Amanda Bynes has become such a sideshow that fellow gym-goers are now taking video of her on the elliptical.

–Lindsay Lohan has finally checked into a rehab clinic (the Betty Ford Center, despite her previous troubles there) and re-hired her old lawyer, Shawn Holley.

-Also, did she ditch her previous rehab centre because they promised to pay her and then didn’t?

-I really like this defense of Garden State. We all seem to be forgetting that most of us once kinda liked that movie.

-Here’s some behind-the-scenes video of director Nicolas Winding Refn telling Ryan Gosling that violence is like sex. Dear Internet gods: please make a GIF out of The Gos’ scandalized expression when Refn starts talking about pulling back “and then it’s in again.”

-This will warm your heart guts: a Brooklyn playground has been named after late Beastie Boy Adam Yauch.

-It’s sadly possible that tonight might be the last time we’ll ever get a new episode of Happy Endings. Relive the magic with these clips. The ‘how to be a hipster‘ one is the moment I fell in love with this show. “Ok, we’re going to need to put jeans under that skirt and sweats over those jeans!”

-Here’s the first trailer for season four of Pretty Little Liars. Didn’t the last season just end like, 3 minutes ago?

-Five actors will test this weekend for the highly coveted role of Augustus in The Fault in Our Stars — and I haven’t heard of any of them. You know who I could see killing that role? Ezra Miller.

–Brooke Mueller‘s twins with Charlie Sheen have been taken away by child services.

-I support all of Buzzfeed’s 21 reasons why Johnny Depp and Winona Ryder should reunite!

-The creators of The Good Wife answered some fan questions about the finale for Vulture.

–The Walking Dead edition of the Bad Lip Reading series might be the best one yet.

-Here are photos of Keira Knightley hanging with her friends the day before her rumoured wedding.

-The trailer for Girl Most Likely has arrived (starring Kristen Wiig and Darren Criss). This came to TIFF last year (though it was called Imogene then). I missed it but Nicole saw it and said it isn’t as funny as it looks.

To be a superhero these days, you have to be depressed. Mindlessly entertaining popcorn flicks about invincible caped crusaders didn’t used to bum me out, but ever since The Dark Knight, every superhero seems to be going through some sort of existential crisis. Just look at the upcoming slate of summer blockbusters: Pacific Rim, The Wolverine, After Earth, Man of Steel, and World War Z all feature heroes struggling with their own vulnerabilities while trying to survive a brutal (often post-apocalyptic) world. The new Star Trek movie even has the word “darkness” in its title. Things are bleak, folks.

So it goes with Tony Stark in the latest Iron Man film. Our usually puckish hero is still shaken by the events that unfolded in The Avengers, so much so that he can’t sleep, instead spending his nights obsessing over ways to keep his now live-in girlfriend Pepper Potts safe.  But there’s one thing that differentiates this franchise from all those other tortured superhero flicks: we’re supposed to find his angst hilarious. The more Tony (a self-described “piping hot mess”) spirals, the funnier this thing gets. It even plays his increasingly frequent panic attacks for laughs.

It works, mostly because Robert Downey Jr. still totally owns this role. Though he feels a bit less plugged in than in the previous Iron Man flicks, a slightly distant RDJ is still better than none at all.  It remains fascinating to watch the choices he makes. Take the scene below; other actors may have tried to wring more emotion out of his declaration of love for Pepper, but RJD’s casually tossed-off comment about protecting her lands harder than any tear-soaked speech. It echoes what he said about characters being too melodramatic in his recent GQ profile: “In movies people seem to be more emotional than they would ever be if that situation was actually happening to them.”

Also amping up the humour is the film’s dedication to upending our expectations. When a precious child sidekick enters the scene, you think it’s going to follow the tired little-kid-teaches-hero-about-himself trope. But Tony is having none of it. When the adorable moppet explains that his father went to the corner store to buy some “scratchers” six years ago and hasn’t been seen since, Tony barely lets him get the sob story out before cutting him off with an abrupt, “Dads leave. There’s no need to be a pussy about it.” And thanks to director Shane Black’s welcome attempts to keep Tony out of his iron suit as much as possible, a portion of the final action sequence plays out like a buddy cop movie, with Tony fumbling with a gun while struggling to keep up with Don Cheadle’s Colonel Rhodes.

Speaking of the action sequences, you’ve probably already seen the destruction of Tony’s palatial estate in the trailer which, while impressive, pales in comparison to the film’s thrilling mid-air rescue of 13 plummeting passengers that plays out like an acrobatic game of Barrel of Monkeys. Even Gwyneth Paltrow’s Pepper Potts gets in on some of the action, kicking butt and hinting at a possible future as a superhero herself.

The supporting cast mostly works, with Guy Pearce at his oily best as the main villain (though his character’s master plan for taking over the universe remains a confusing, glossed-over afterthought). Happy Endings’ Adam Pally threatens to steal the show as a Tony Stark groupie and he might have gotten away with it, it if weren’t for Ben Kingsley. Try not to read spoilers about his character; just sit back and enjoy the reveal. Because sitting back and enjoying it is what summer movies are all about. Just because the hero is depressed, it doesn’t mean we have to be.